As finance wise communicates with accounting practices all over the country it is becoming increasingly apparent that there is confusion over what services are currently exempt from the Corporations Regulation, what accountants should demand from their licensee and what the RG146 training requirements are. We can illuminate these issues:

The above continues after the exemption. It is important to note that the following advice elements are not available now, which may come as a surprise to many accountants:

What should accountants be looking for in a licensee?

A licensee ought to have their own RG146 course. Why? Without completing an approved RG146 course it is not possible to obtain a limited license or become authorised. This element of a licensee’s offering demonstrates they have made an extra commitment and they understand what accountants are seeking: namely, a two day face-to-face facilitator lead course where assessments are completed during the course.

OUR SOLUTION TO ACCOUNTANTS EXEMPTION

Finance wise has a clear simple and cost effective solution for accountants seeking to be authorised rather than obtain their own limited license. The licensing fee is $80.00 per week and $50 per month for the software. To understand the full picture please refer to our numerous blogs at www.fwgs.net.au or contact our office directly on (08) 8299 9707. 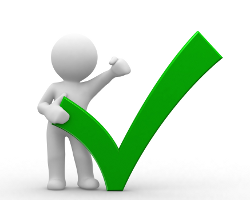 I have recently been travelling around the country talking to accountants about the various solutions to deal with the accountant exemption expiry and the RG146 training required as a pre-requisite to obtain an authority. We are often asked the question – do I have enough SMSF clients to become authorised?

With the impending accounting exemption expiry I have sympathy for the smaller suburban accountant who have small numbers of SMSFs clients. However the question should not be how many have I got but how many can I get?

It will cost about $6000 pa to become authorised and this cost must be passed on to new clients. I meet some resistance on the topic of fee increases but, don’t forget, every accountant is in the same boat. Well almost.

A firm operating their own license has a much higher annual cost. Their PI alone will arrive at five figures and, as a consequence, they will need to increase their fee by a larger sum than the suburban office.

Finance wise also offers a complimentary ENewsletter which is regularly forwarded by us to an accounting firm’s clients. This ENewsletter covers a wide range of finance topics relevant to small businesses and families.

The following article by Tim Stewart of the Investor Magazine on Monday 12 October should be music to an accountants ears.

The number of Australians willing to switch superannuation providers is continuing to increase, with more than one-third of members willing to ditch their current provider, according to a new survey.

According to the third annual Financial Services Council/ING Direct Your Future Super Survey, 35 per cent of Australians say they would be likely to change their fund provider in the future.

The top reasons driving the increased likelihood of switching were a desire for lower fees (52 per cent), better performance and returns (52 per cent) and an easier switching process (34 per cent).

A majority (61 per cent) of the 1,236 respondents to the ING/FSC survey estimated they pay under $500 per year in superannuation fees, while 5 per cent said they pay “no fees”.

The survey also found that 68 per cent of Australians selected an employer default fund as their main super fund.

When it comes to engagement with superannuation funds, 89 per cent of respondents said they check their super fund statements.

Around half of respondents claimed to be aware of how much they pay in fees (51 per cent) and 64 per cent of those surveyed claimed to know the balance of their fund.

Sixty-eight per cent of respondents said the performance of their super fund was “good” over the past 12 months.

Eighty-eight per cent of those surveyed said they supported the current super system, and 80 per cent supported an increase in the super guarantee to 12 per cent over the next decade.

So this should encourage firms with very low numbers of SMSF client to seek an authority to provide advice after the accounting exemption expires on July 1st, 2016.

A final note of caution: if the license solution you are seeking does not have web based software to automate the process then small firms would be advised to find another solution. 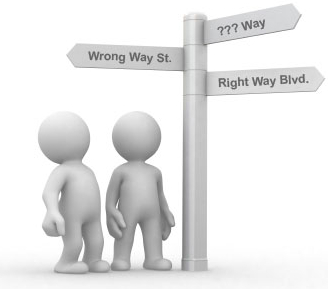 James Barger-Bos, CEO of Finance Wise Global Securities Pty Ltd,  has over 27 years of financial services experience. Fwgs is offering accountants a simple clear and cost-effective solution to the accounting exemption. By becoming authorised representatives accountants will have an intuitive web based software solution, a complete range of training options (including an RG146 face to face course) and for the first fifty accountants a share of the net profit.

What does APRA have to do with the changing landscape of SMSF lending? Everything.

The lending limits imposed by APRA have caused banks to increase their margins on investments loans, or interest only loans, and in some cases on both. This means a home owner, at some banks, who has elected to pay a portion of their debt interest only is paying a higher rate. Why?

Simply, those loans are not being repaid and thus it reduces the bank’s capacity to lend to new clients.

This policy decision has caused some lenders to exit the LRBA space. This is in spite a continuing desire by lenders to capture this market which earns better margins than traditional home loans and enjoys extremely low default rates.  However, they are being forced not to lend.

In addition, some lenders have scrapped plans to enter the space and this may exacerbate another issue. The lenders who remain are going to arrive at their APRA lending targets quicker than anticipated and will then have to hang up the closed for business sign. This damages their brand as the mortgage broking community takes a dim view of lenders who exit, and the rest of their product offerings may be hurt as a consequence.

Brokers will forget why this occurred.  They will just remember that it did and the one application they tried to present could not proceed.

But it gets worse. If the transaction does proceed and is pre-approved but the client is purchasing off-plan or simply needs time to conduct their research and identify the most suitable property and THEN the bank pulls the plug, the client may find themselves being left completely in the lurch.

Rightly, they and their advisors believe funding is in place but with a single computer key stroke that ceases to be the case.

If you found this article interesting, why not