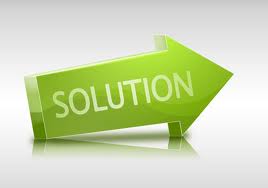 Finance Wise Global Securities Pty Ltd (fwgs) has a unique referral offer for accountants. Fwgs offers 20% of the upfront income received and 20% of the ongoing trail.  However, will this be sustainable a mere two years after the accounting exemption expires?

Last Friday, the government handed down its final report on the Life Insurance Framework.  Many of the changes, which have been welcomed by the majority of the industry associations, are positive for our industry and will bring improvements for advisers in terms of clawbacks and commissions.

Say a premium is $200 per month or $2400pa. This premium includes stamp duty which is excluded from commissions paid.  Thus, if the insurer paid 100% of the upfront, then the accountant will receive $470 upfront and $47pa.

That is a significant haircut and entirely unsustainable. My prediction is an exodus of ‘Lifeys’ and increased fixed dealer fees for those remaining advisers. Advisers will then charge additional fees for service and this will exacerbate the massive underinsurance problem in Australia and result in further change.

Key points from the government’s report, include: