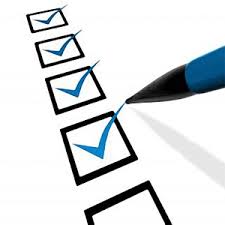 This article appeared in the SMSF Adviser magazine on February 18th and was written by Miranda Brownlee.

Accountants planning to remain unlicensed have been warned by industry experts about some of the difficulties they could unexpectedly face in assisting clients that are facing breaches or potential breaches.

Speaking at the SMSF Association conference, Licensing for Accountants, Chief Executive Kath Bowler said while unlicensed accountants may be able to provide clients with a list of potential solutions available to the client to avoid falling into the licensing environment, there are many examples where this will be difficult.

Accountants may be able to help clients in scenarios such as making excess concessional contributions, for example, by simply stating facts, she explained, but this is unlikely to be effective in more complex scenarios such as limited recourse borrowing arrangements (LRBAs).

SMSF Academy Managing Director Aaron Dunn said there are a wide range of issues involved with LRBAs including low cash flow, refinancing, whether or not to sell it and if additional contributions need to be made.

Presenting a list on the various solutions to these complex issues could therefore be frustrating for the client and ineffective, said Ms Bowler.

“If you presented the client with a list like that I can imagine the client’s eyes glazing over and them saying, ‘which one?’” she said.

“I can’t imagine too many scenarios where you present them with a list and then not guide them through it because it’s quite complicated.”

Mr Dunn also highlighted the restrictions an unlicensed accountant would face in assisting a client who had breached the in-house asset threshold.

‘The auditor is going to be looking at the activities in respect to assisting clients, and that’s really where the framework sits, but the identification of that issue is then going to come back to the accountant,” said Mr Dunn.

“You’re then going to have to try and remedy the breach and that may be through the disposal of some of the units, or whatever it may be, additional contributions that need to go into the fund. Again there may be a need to consider personal circumstances so once you get to the point, you’re then starting to cross the line [into advice].”

Mr Dunn said that it is usually only after something has gone wrong that the client will claim the accountant made a recommendation rather than providing a list of options.

Ms Bowler stressed the importance of documenting client conversations and emphasising throughout the process to the client that they are unable to make a decision for the client.

Where accountants are establishing joint ventures with AFS Licensees, as they don’t wish to be authorised, they need to button their lips in dealing with problems relating to SMSF’s.