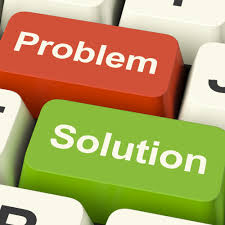 The following article appeared in the SMSF Adviser magazine on Tuesday February 9th and was written by Katarina Taurian.

The proportion of prospective SMSF trustees citing property investment as a reason to set up an SMSF has taken a dive, amidst regulatory uncertainty and a fall in the Australian housing market.

According to research house Investment Trends’ 2015 SMSF Investor report, the reasons prospective trustees gave for wanting to set up property via their super went down to 27 per cent in 2015 from 37 per cent in the previous survey.

“Part of the reason for the decline was a lot of regulatory uncertainty around the borrowing rules, that was a key barrier for people,” he added.

“The other key barrier here is how the property environment has performed over the last 12 months. There’s a lot of investors who have a negative sense about how they expect the market to perform in 2016.”

James Barger-Bos is the CEO of finance wise, Australia’s leading provider of solutions to manage the accounting exemption expiry.  He noted that the proportion of SMSF’s with borrowings has increased from 2.3% to 6.7% in 2014.  As at the September 2015 quarter, SMSF assets under LRBAs are estimated at approximately $18billion.  The number of SMSF’s has grown by over 26% to over 560,000 funds in the last 5 years to 2014/15.

Surprisingly, 31 per cent of trustees cited control as a reason for establishing an SMSF, down from 44 per cent in 2014.

However, the proportion of respondents citing advice from friends or family as the reason for setting up an SMSF has gone up to 28 per cent from 24 per cent.

Finance wise has developed a unique portal for accountants which fully automates the key steps and safe harbour provisions.  Please contact finance wise [email protected] or 08 8299-9707 and we will forward you the log in details for our test user site.